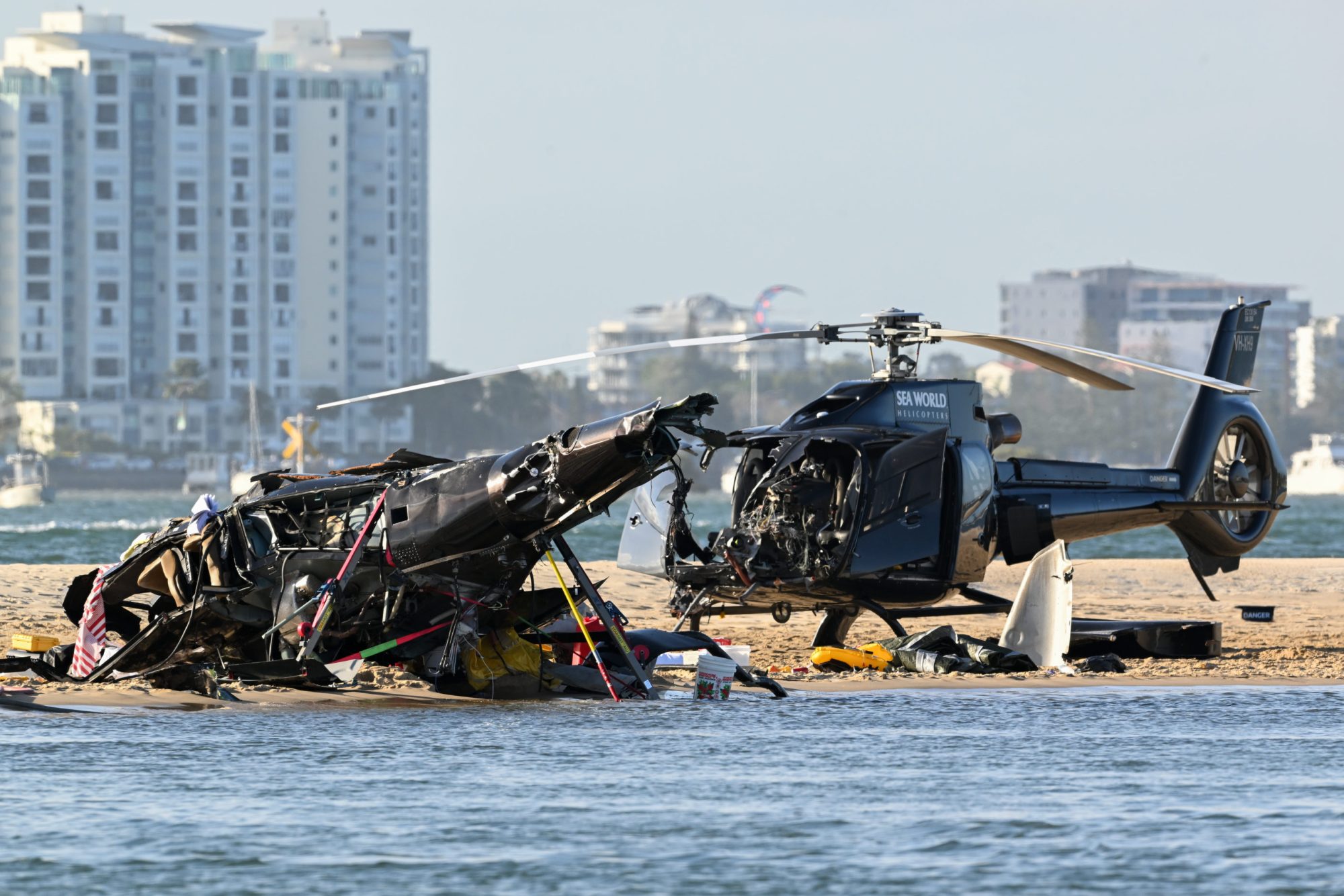 The mid-air collision of two helicopters that killed four people near Australia's Gold Coast took place just seconds after one of the aircraft took off, with one of the aircraft performing an emergency landing described as “remarkable” by accident investigators, given the severity of the damage it had sustained.Read More